Reconnect to the world around you with affordable, easy-to-use hearing aids

Welcome to Soundwise! We can help you hear better in 3 simple steps

If you’re tired of asking people to repeat themselves...

Or if you're tired of tinnitus making your life miserable… You’ve come to the right place. We offer state-of-the-art hearing aids for a fraction of the cost. Get Started Here

You've probably asked people to repeat themselves so many times that they got annoyed and you got frustrated.  Now you can have a normal conversation again with Soundwise's active voice recognition.

Have your loved ones complained that the TV is too loud?  Now you can listen at normal levels with Soundwise and catch all the dialogue. No more rewinding for "What did they say?!"

Do you avoid noisy restaurants, big crowds, or certain rooms because you know you can't hear well in these places?  With Soundwise Hearing's active noise cancelation you'll have the freedom to go where you want!

Soundwise hearing aids fit completely in the ear canal so you don't have to worry about the fit with eyeglasses or masks.  These are the most comfortable hearing aids on the market!

Soundwise Hearing Aids Give You More For Less

We're here to improve your life with better hearing...

Losing your hearing is like floating in a life raft in the middle of the ocean. You slowly drift away from the life you once knew.  We're he to bring you back to shore.  Now you can enjoy the sound of life again....


Our live chat specialists are here to answer your questions.

Why Are They So Affordable?


We cut out all the middlemen to bring the finest hearing aids direct to you.  That saves you up to 90% off the cost of hearing aids from a doctor's office.
Designed by Doctors
Our hearing aids were designed by ear, nose and throat surgeon Dr. Kent Nunnally and audiologist Dr. Victoria Mock from Alabama. Between the two,  they have over 50 years of experience helping people hear better.
Avoid Costly Exams
Doctors often markup their hearing aids by 70-80% to pay for their own medical training, clinic expenses, and audiology equipment.  Most people don't need all that if they have mild hearing loss.
Take The Online Quiz
See if our hearing aids are right for you here.
We're Here To Support You
Don't worry, we can help you every step of the way.  All our hearing aids come with easy-to-understand instructions. Plus our chat line is open 24-7 to walk you through the decision and set up process.

Dr. Kent and Dr. Victoria have dedicated their lives to helping people just like you live a happy life with near-perfect hearing! 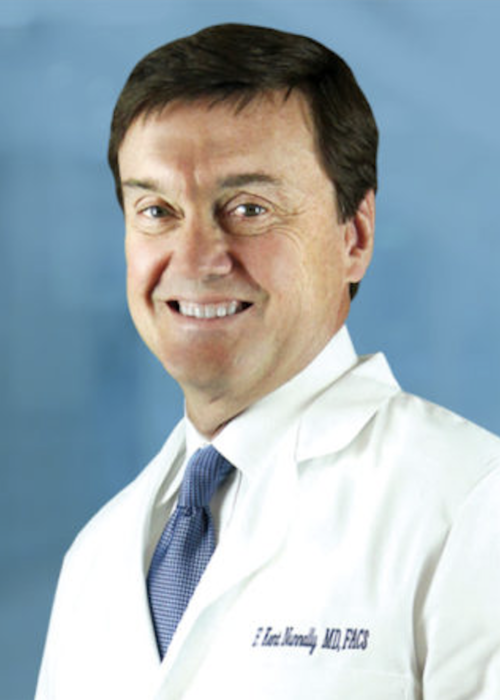 Dr. F. Kent Nunnally’s path to providing patient-centered medical care started with his own health scare when he was in 6th grade. “When I was a boy I developed a massive lymph node in my neck,” Dr. Nunnally remembers. “The doctors in my small hometown in Arkansas thought it might be Hodgkin’s lymphoma – that would have been a death sentence at the time back in the late 1960s.” Dr. Nunnally’s parents, barely in their mid 20s at the time, drove their young son to Little Rock for treatment, not knowing if he would live to see a return trip. “Dr. Stewart, the general surgeon who took care of me, made a huge impression on all of us,” Dr. Nunnally says. “I’ll never forget the care, the support, and the Christian service he gave my family in that time of crisis. I knew right then that I wanted to be a doctor.” Dr. Nunnally received his undergraduate degree with a major in Biology from Hendrix College in Conway, Arkansas in 1983. He received his medical degree from the University of Arkansas for Medical Sciences in 1987. Dr. Nunnally then attended the University of Florida and the University of Tennessee where he completed his training in otolaryngology in 1992. Board-certified in otolaryngology in 1992, Dr. Nunnally has proudly served patients in the Wiregrass area for nearly 25 years. Dr. Nunnally has staff privileges at Southeast Alabama Medical Center, Flowers Hospital, and Dothan Surgery Center. Today, Dr. Nunnally is living up to Dr. Stewart’s example. “ENT South is all about patient-centered service,” says Dr. Nunnally. “Our philosophy starts from a very  simple place: We care, we’re kind, and we work for the Lord.” Dr. Nunnally and his wife, Karen, enjoy spending much of their off time with their three grown children and two dogs. The Nunnallys are active members of Calvary Baptist Church. 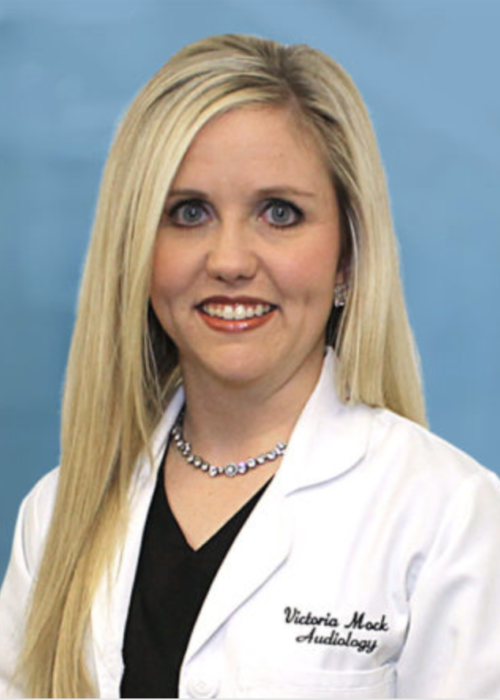 Dr. Victoria Mock Taylor is a Certified Clinical Audiologist by the American Speech Language-Hearing Association.   Her passion for audiology began in childhood when she underwent a total of 10 ear related surgeries ranging from ear tubes to reconstructive surgery on her ear drums. “I remember the care and compassion my ENT and Audiologist showed me and my family, and I knew at an early age my calling was to be an Audiologist,” Dr. Taylor recalled.  She believes that her childhood ear issues molded her into the caring audiologist she is today. These experiences allow her to relate to her patients and their families on a deeper level.   She is licensed by the Alabama and Florida Board of Speech Language Pathology and Audiology. Dr. Taylor obtained her B.S. in Communication Sciences and Disorders from Florida State University in Tallahassee and her Clinical Doctorate of Audiology (Au.D) from The University of South Alabama in Mobile.   Dr. Victoria studied at several large ENT practices in Mobile, Alabama and Panama City, Florida.  As a result of this experiences, she brings an extensive background in diagnosing and treating both pediatric and adult patients with hearing and balance issues.   Dr. Taylor was born and raised in Marianna, FL and now resides in Dothan, AL with her husband Justin and their dog, Scout. Victoria and Justin are enjoying married life and spend time kayaking, golfing, and riding bikes.

Soundwise Hearing Aids all come with a full one-year warranty.


If you're unhappy with your hearing aids for any reason we'll return your money or replace your items within 1 year of purchase.  The only thing we DON'T cover is a lost hearing aid. Just email our customer service team at [email protected] and we'll handle your exchange or refund right away.


Start the hearing quiz right here.
Or see why you should choose Soundwise Hearing Aids here.

Here's What Our Clients Say